These Hot Cocoa Cupcakes taste like a cozy cup of hot chocolate, in cake form. Moist chocolate cupcakes are topped with a winter-spiced chocolate ganache and fluffy marshmallow buttercream. 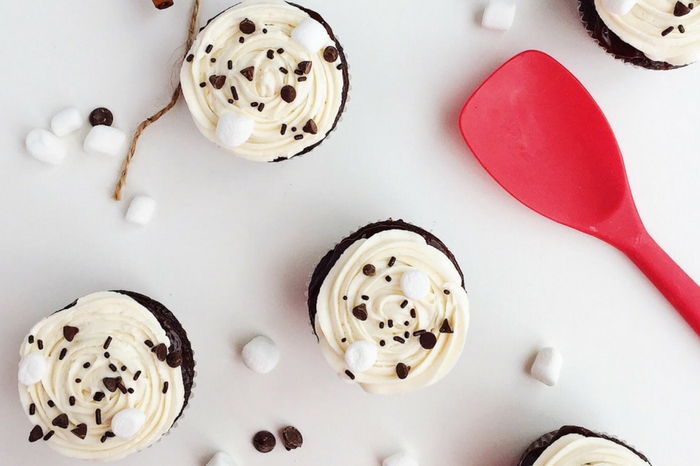 Christmas is 3 days away. Three.

That is unbelievable to me.

I feel like it just came far too quickly. This is most likely because the end of 2016 came with several life changes and newly added stressors. I am very much looking forward to a new year.

In happy, albeit chilly, news: I’ll have a White Christmas this year, for the first time in a really long time.

I tried to stay ahead this holiday season, and I succeeded in that. All of our presents to our friends and family back home (East Coast) have been wrapped, boxed, and shipped. Actually, all of my presents have not only been purchased, but have been sitting neatly wrapped underneath the tree for nearly three weeks. Last year, I was really behind with things and stressed out. I just wanted to have a quiet, enjoyable Christmas this year, and to get everything done as early as possible.

I think I should reward myself. Perhaps with some Hot Cocoa Cupcakes.

Okay, so I didn’t actually make these for myself, but I had two of them, and that is reward enough.

I made these cupcakes for a Christmas party at my dad’s Army unit. They loved them, and I was happy. The least I can do for our United States Military is make them some cupcakes.

It’s been so cold here in the Pacific Northwest. Every night, I look forward to some hot tea or an occasional mug of hot cocoa. That’s what inspired the flavors of this cupcake. 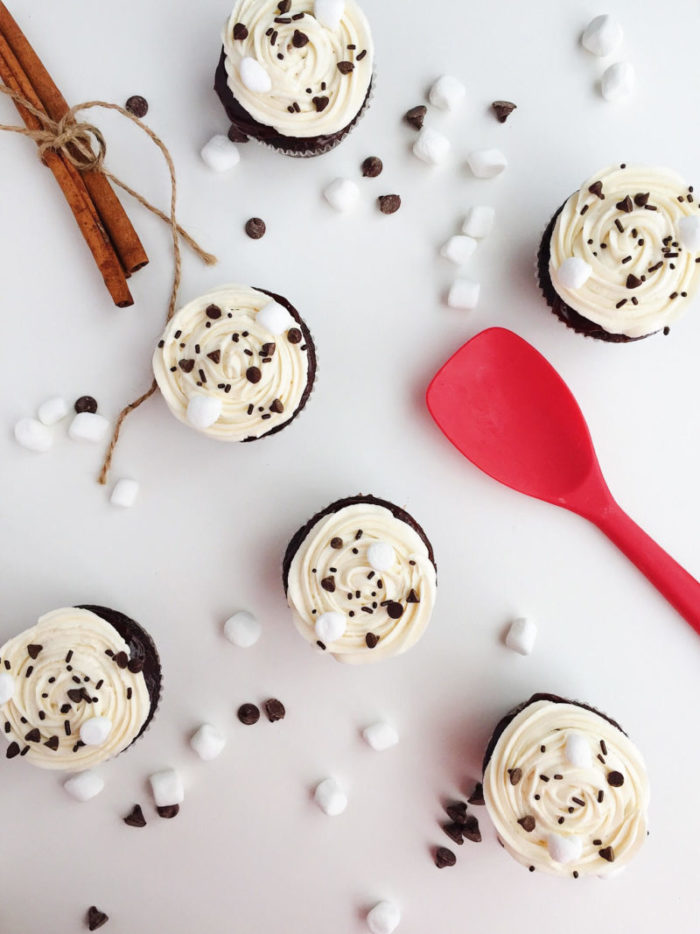 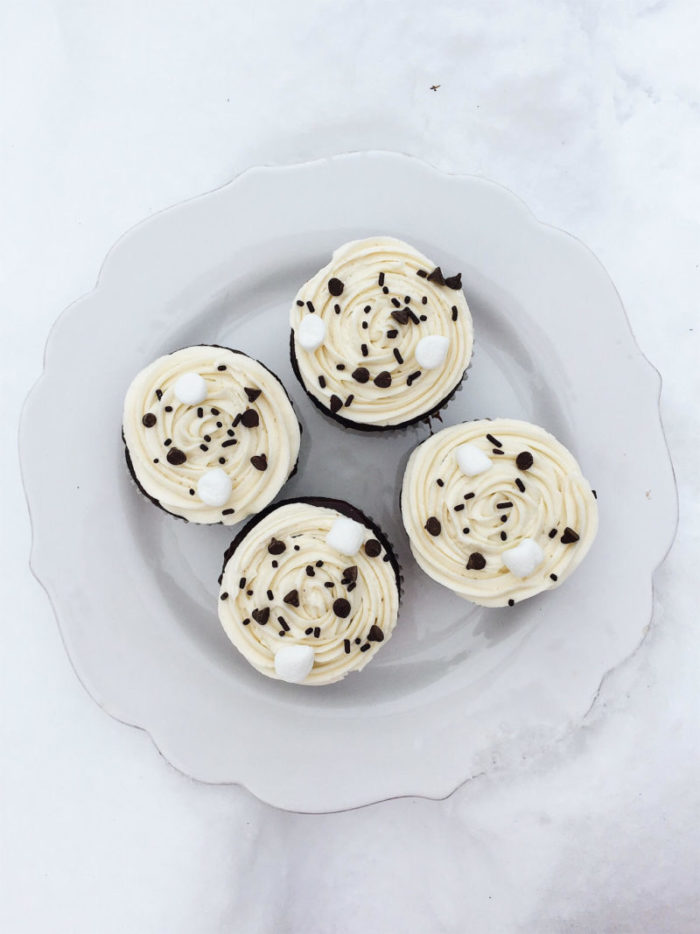 I guess I’ve been on a bit of a cupcake kick lately, huh? Between the Rum-Spiked Eggnog Cupcakes and the Maple Bacon Pumpkin Cupcakes. But these Hot Cocoa Cupcakes may indeed be my favorite. I make a moist, rich chocolate cake batter that I’ve perfected after many years. The batter is incredibly simple, though, and can be made in one bowl, no mixer necessary.

I then top the cupcakes with a chocolate ganache that’s spiced with cinnamon and freshly ground nutmeg.

Then, of course, the creme de la creme. What mug of hot chocolate is complete without some marshmallows? Naturally, these Hot Cocoa Cupcakes get crowned with fluffy, pillowy, vanilla-scented marshmallow buttercream.

Perfect for the winter and a homely cupcake that anyone would love, I hope that you enjoy these Hot Cocoa Cupcakes for yourself, or perhaps to share or gift to someone who you appreciate. 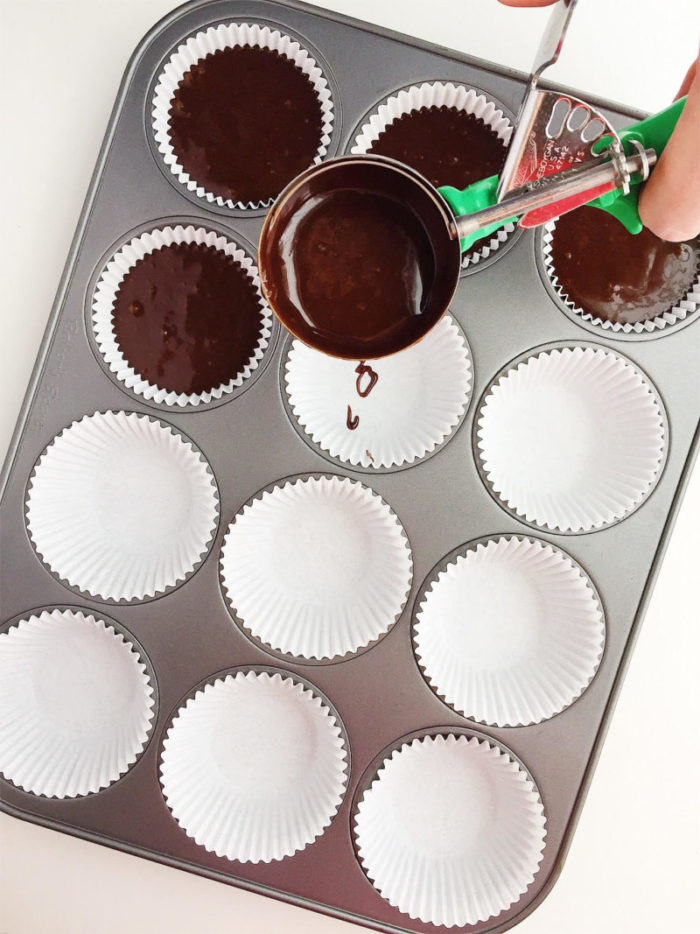 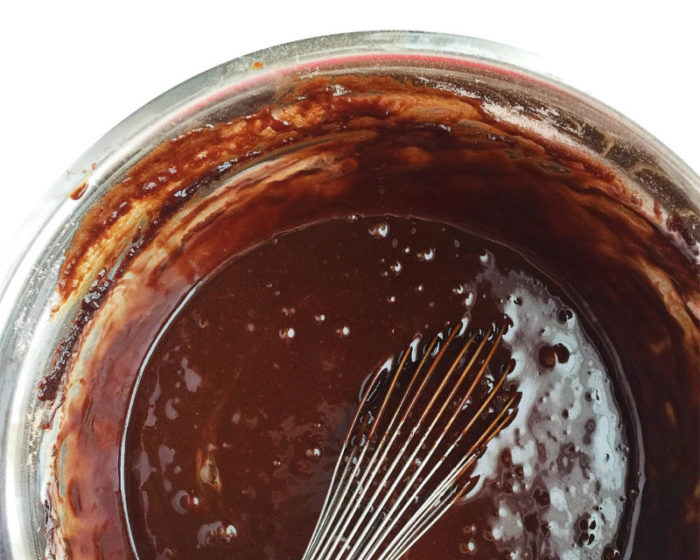 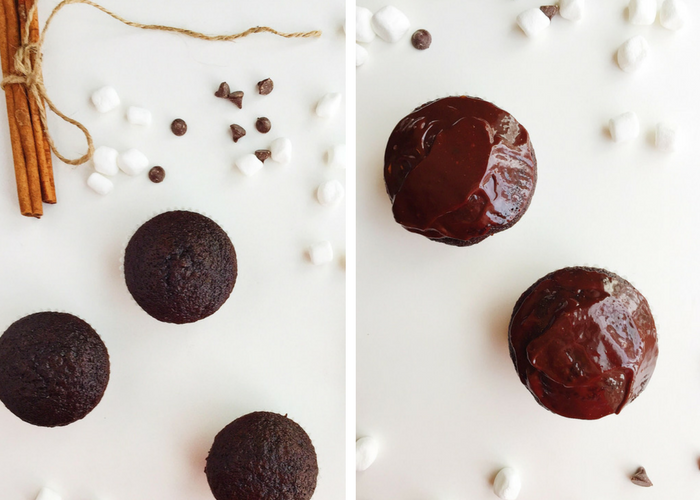 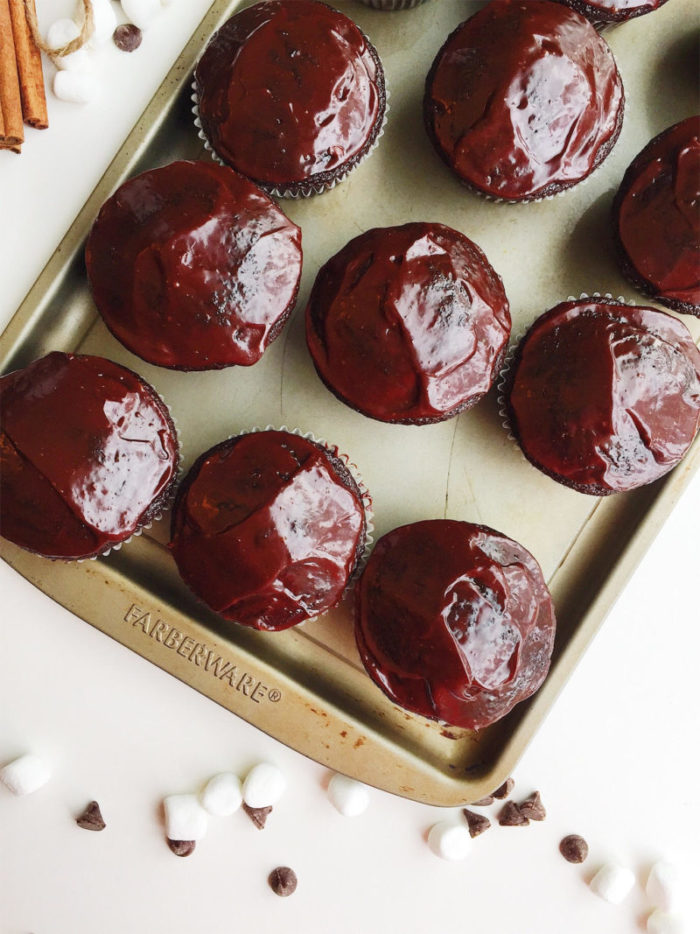 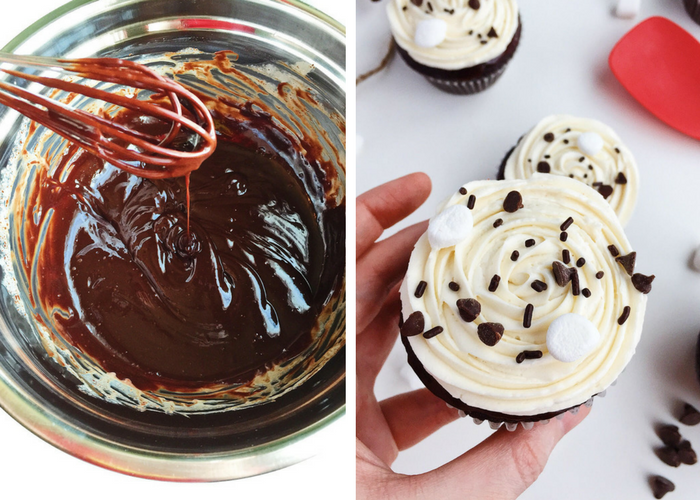 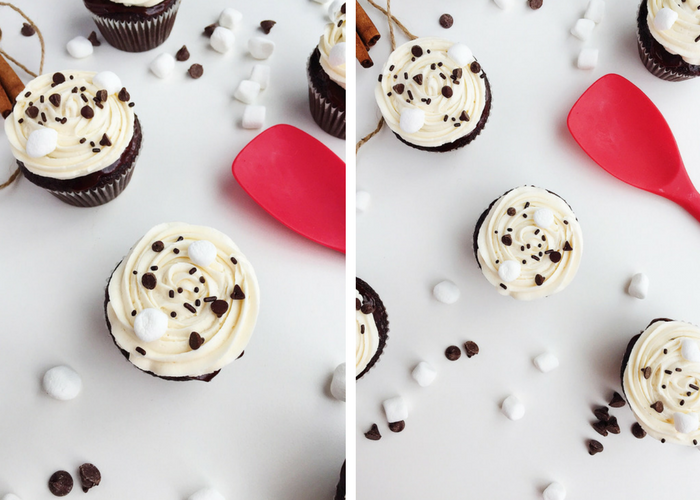 And here’s a few things you may need for this recipe:

This post includes affiliate links. As always, these links are only products that I highly recommend.

These Hot Cocoa Cupcakes taste like a cozy cup of hot chocolate, in cake form. Moist chocolate cupcakes are topped with a winter-spiced chocolate ganache and fluffy marshmallow buttercream. 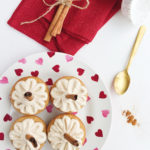 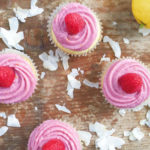 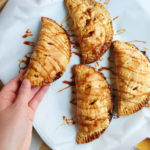 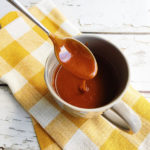 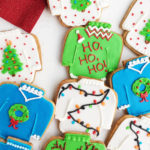