Netflix and Chill has new meaning with these 20 creepy flicks. Read below for the best Halloween movies on Netflix to marathon right now. 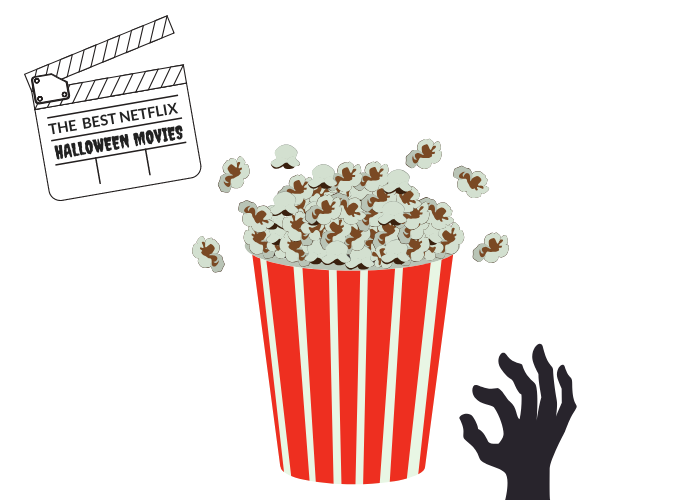 Halloween is ONE WEEK away! Are you ready?

I love Halloween so much—handing out candy to trick-or-treaters, making pumpkin treats and spooky punch, and, of course, watching scary movies.

I’m old now, you guys. And by old I mean 32. But 32 is a weird age to be around Halloween time if you don’t have kids. I don’t really want to go out and party, and staying snuggled up on my couch with Netflix and wine is my idea of a good time.

Which is why I decided to watch one scary movie a day for the past 20 days. Do I have a life? Not really. Am I okay with that? You bet!

I could barely sleep after some of these movies, but I’ve narrowed down my top favorite Netflix Halloween movies. And I watched some really bad ones so you didn’t have to.

No matter what kind of movie you’re in the mood for—spooky, funny, classic, or total nightmare city—you’ll find it in this list of the 20 best Halloween movies on Netflix right now.

Grab some wine, popcorn, and maybe keep the lights on. 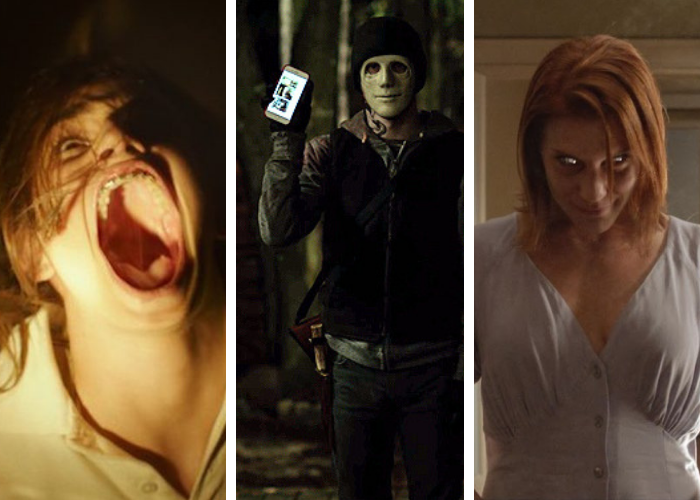 This Nordic Netflix original follows a male group of friends in a story brimming with secrets, guilt, witchcraft, and nightmares. Personally, I think The Ritual is underrated and worth watching for the movie’s main monster alone. This story is smart and the creature’s final reveal does not disappoint.

Malevolent, one of Netflix’s newest originals, isn’t the best on this list but it’s a decent watch. The flick offers up a common paranormal film plot with a twist. A brother-and-sister led team pretend to be paranormal investigators as one of the strangest con artist schemes in history, but get more than they bargained for when one of their jobs is actually hella haunted.

Netflix’s Hold the Dark, while probably not for everyone, is a deeply interesting and sinister story. With stellar performances by Alexander Skarsgård and Jeffrey Wright, this film follows a missing child investigation in a desolate Alaskan village. What unravels, however, is deranged, bewildering, and worth a watch.

Bonus: The Haunting of Hill House

This is a bonus since it’s technically not a movie, but a Netflix series. However, it more than deserves the ten hours of your time. The Haunting of Hill House is, by far, one of the most intriguing, emotional, and beautifully filmed horror series ever done. I didn’t know a show could deeply terrify me and make me cry at the same time. Plus, it’s really fun to try to spot all of the hidden ghosts throughout the series. (You won’t find them all without Google’s help.)

Who doesn’t love The Sixth Sense? I love M. Night, you guys, and I’m proud to say that. I think he’s one of the truly original and creative gems of our generation, and I love all of his movies. Yup. All of them. People may give him crap and he may get dismal Rotten Tomatoes reviews, but I don’t care. He fails and keeps trying again and again and always goes 100% all-in. I really respect him as a creative, and The Sixth Sense is just too good. I won’t spoil the ending, but if you haven’t seen it by now… I mean, props to you if you don’t know how it ends.

Children of the Corn

Another Stephen King adaptation (can you tell I love SK?), Children of the Corn, is still pretty darn creepy—especially considering it was made two years before I was even born. This film shows what happens when a road trip goes horribly wrong and while it’s pretty outdated and can be corny, it’s a classic nonetheless.

The Witch is a beautifully filmed movie that offers visually stunning cinematography paired with its sinister tale. For me, the movie is more suspenseful than it is traditionally scary—focusing on the supernatural, witchcraft, and black magic. It’s unnerving and creepy and deserves a watch.

Oculus is fairly underrated but I really enjoy the director Mike Flanagan’s work (he also did Hush, below, and The Haunting of Hill House, above). I decided to give this a watch and I was pleasantly surprised. The film focuses on a haunted heirloom (in the form of a large mirror) and its effects on one family.

While I don’t necessarily agree that Veronica is as scary as the Internet gives it credit for, it is definitely creepy. Veronica has all of the components of a true horror classic: it’s based on a true story, its main characters are children/young adults, and it all starts with an Ouija board. I thought the fact that I was watching this Spanish horror film with subtitles would make it less scary somehow (because I had more distractions, I guess?). It didn’t.

Babadook has received rave reviews from both critics and viewers alike, and I instantly enjoyed it when I watched it years ago. It’s creepy as heck and truly scared me, leaving evil nursery rhymes lingering in my head. Everything else about this film (the acting, story, cinematography) is equally on par with the film’s creepy villain, ensuring this horror flick isn’t just about cheap scares.

I still love a good ghost story, and ghosts truly scare me. Ghosts and aliens. Those are my weaknesses. (Shrug) And that’s what The Conjuring is: a good ghost story. It’s eerie, the acting is good, and the story flows nicely. And now I can’t even think about clapping or I won’t sleep tonight.

It Follows gets so many points for creativity and original story. It plays with overall concepts like intimacy, relationships, and mortality, while still remaining entirely creepy at its core.

This Netflix original is funny and sincere while still being pretty darn gory. The fact that The Babysitter focuses on a 12-year-old’s point of view is my favorite part. Gotta love Netflix’s scary/suspenseful gems that star young actors (lookin’ at you, Stranger Things).

Who loves Adam Scott?! (raises hand) Adam Scott plays the step-father to the antichrist in this film—hence “little evil.” Little Evil is funny and cute and family friendly-ish.

Tucker and Dale vs. Evil

I adore both Tyler Labine and Alan Tudyk greatly and if you’re into comedic horror films, Tucker and Dale vs. Evil is one of the best. This film follows the crazy and hilarious story of what happens when two buddies are mistaken for murdering hillbillies.

The Invitation is, in my opinion, another highly underrated film. The Invitation starts with a (you guessed it) invitation to a dinner party. What follows, while seemingly innocent, begins to unravel into something deeper, and darker. The movie keeps you guessing the whole time, which I really appreciate.

I wasn’t sure that I was going to like Creep, but I ended up loving it. The movie focuses on a Craigslist ad that goes wrong. It’s disturbing and strange and keeps you on the edge of your seat. The film also offers these brief glimpses of pure, subtle comedy that made me like it even more.

Hush is a believable, eerie, entirely anxiety-inducing horror film. The story centers around a woman who lives alone in the middle of the woods. Recipe for disaster, right? To make matters worse, she’s deaf, too. Yup. That’s a horror film beginning if I’ve ever heard one.

XX showcases four scary short stories, all directed by women. Each of the stories also center around a female character. I really enjoyed the creativity and composition of each of these creepy tales.

The Tales of Halloween

Why just watch one Halloween movie when you can watch ten? Not all ten short films are winners, but you know what, most are pretty damn good. I recommend The Tales of Halloween for a little bit of everything.

There you have it! After reading these 20 top picks for the best Halloween movies on Netflix right now, which one are you most excited to watch first?! Happy Halloween! 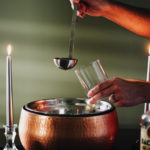 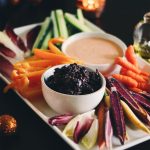 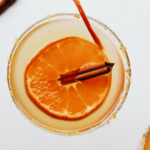 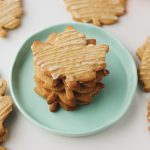 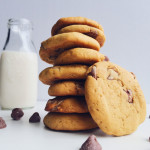