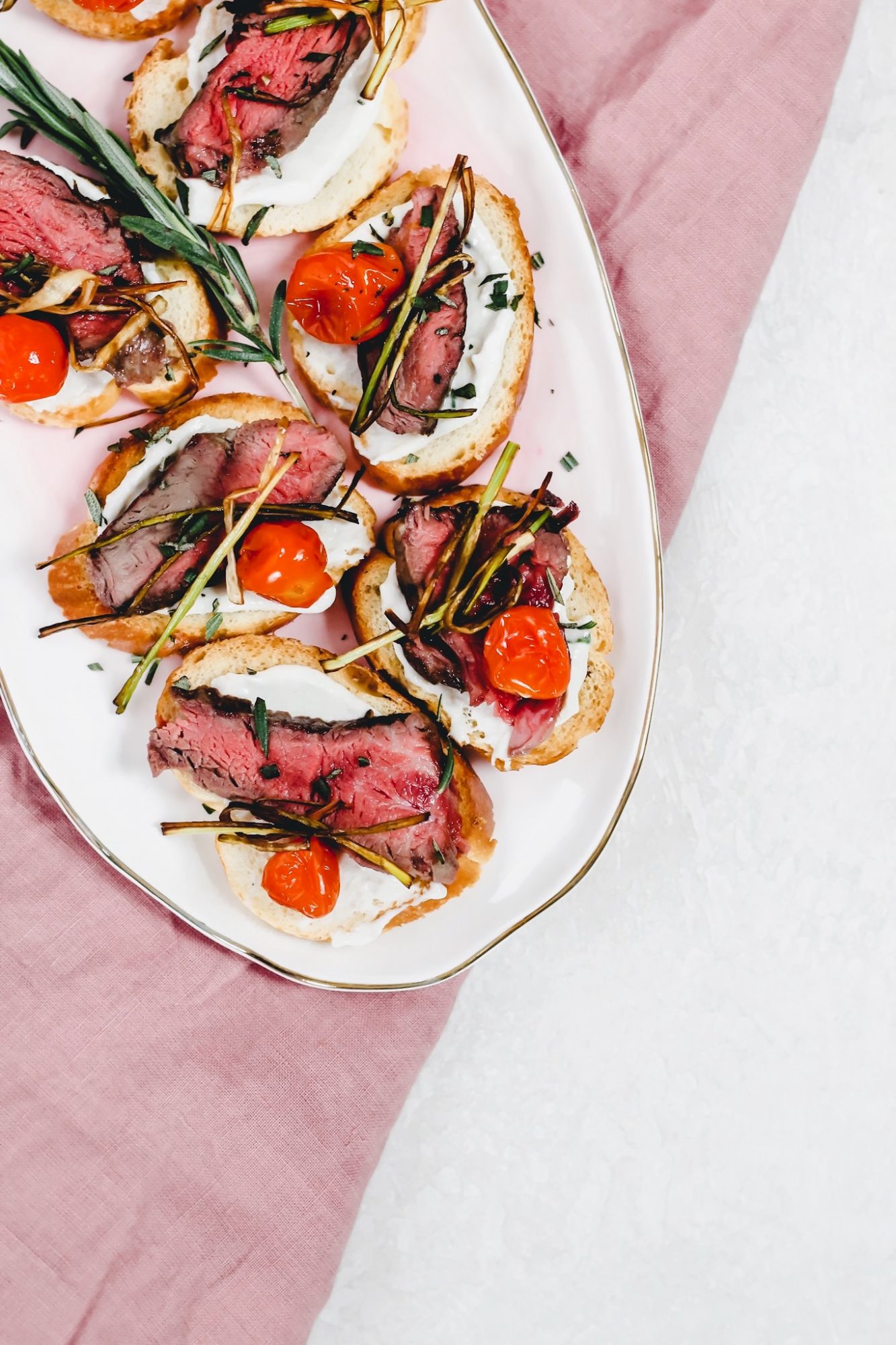 The holidays are about family, festivities, delicious food, and a little — or more than a little — indulgence.

This steak crostini appetizer is our idea of indulgence. 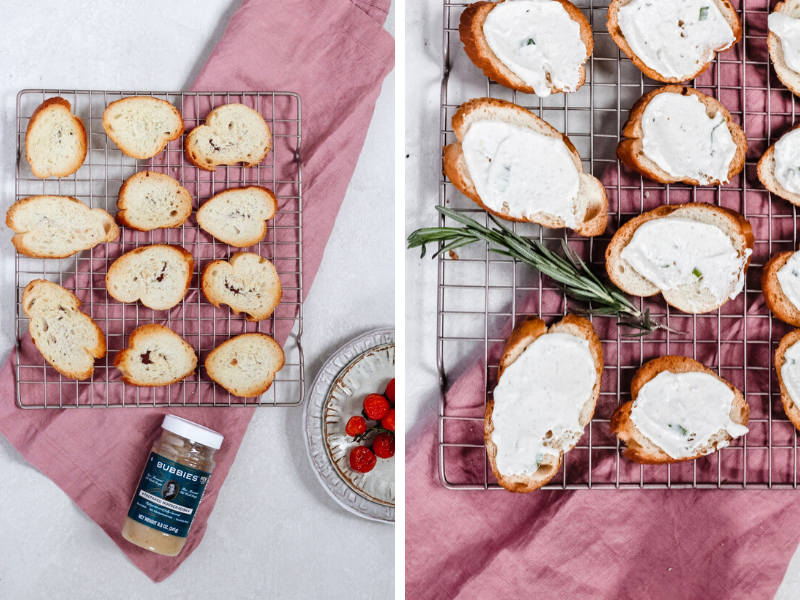 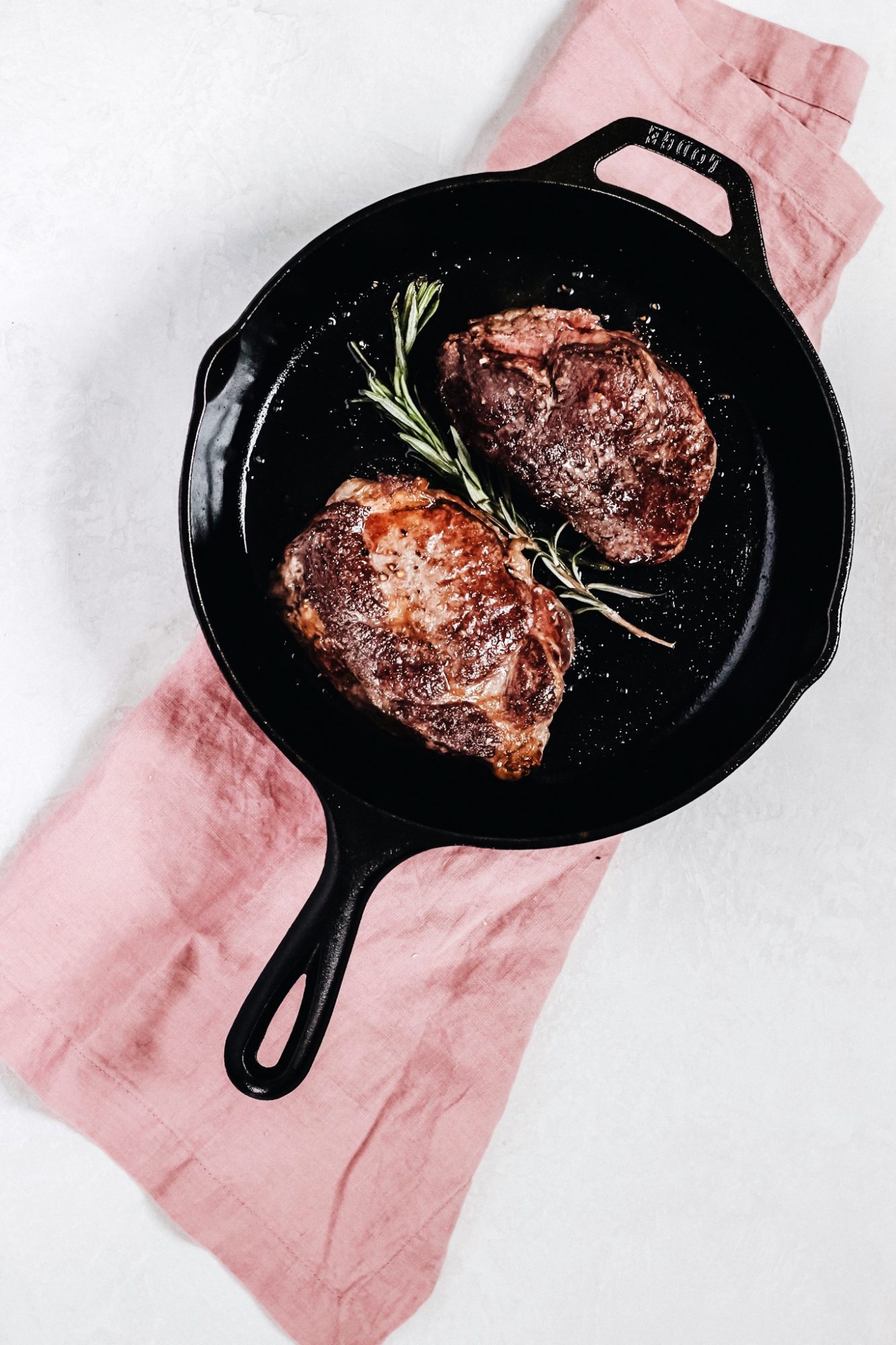 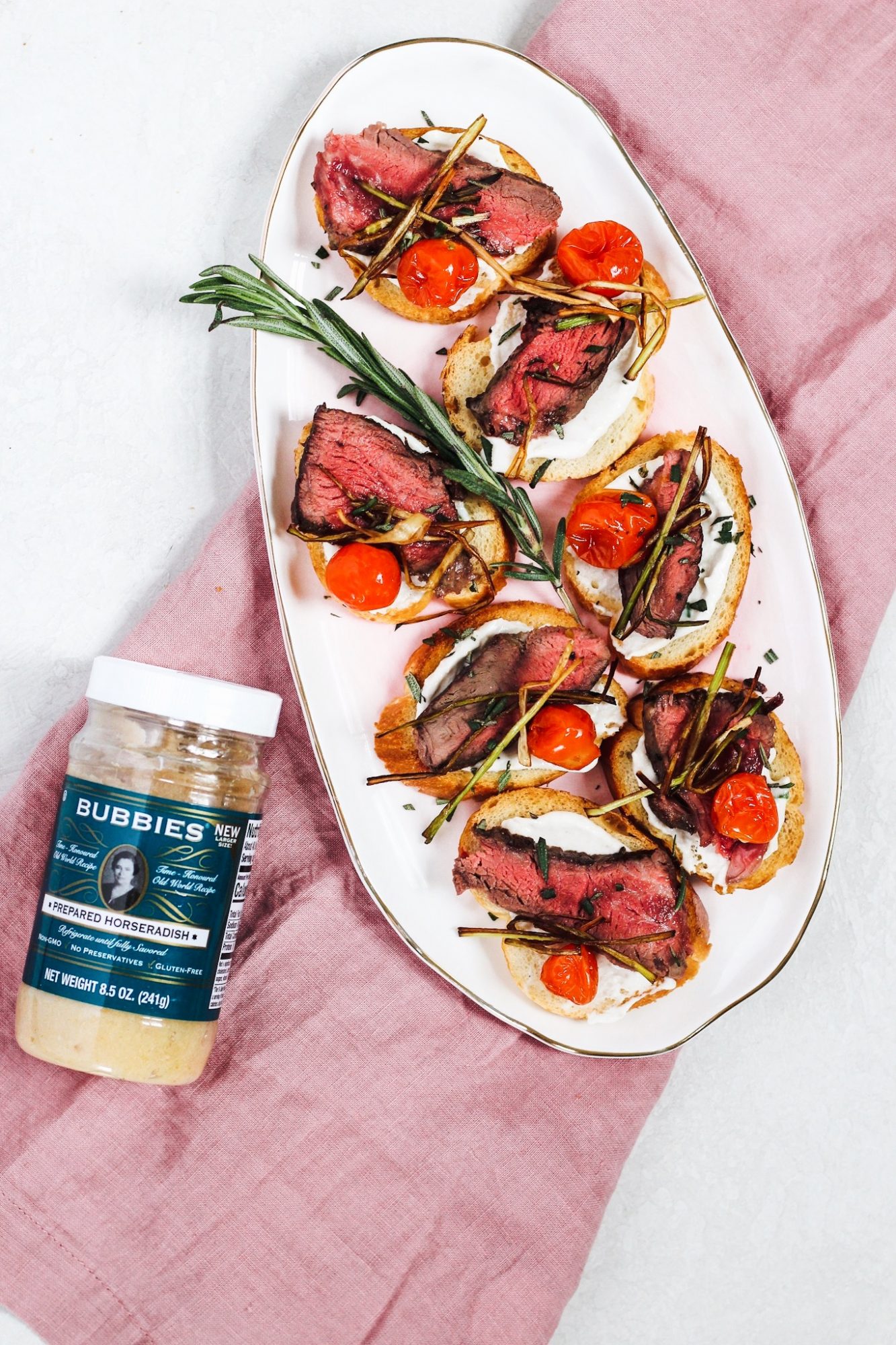 What makes this steak crostini so special? A few things.

First, we make the crostini from scratch, of course, which is so simple (more on that below). Second, we use not just any meat for this beef crostini but tender, juicy filet mignon. Third, we take a few extra steps to ensure thoughtful (and festive) toppings that add plenty of flavor to this two-bite appetizer — such as oven-roasted tomatoes, fresh rosemary, and frizzled leeks.

But the real star of this show is the decadent horseradish cream. Even if you don’t want to make this steak crostini, save the horseradish cream recipe. It’s creamy, smooth, and full of flavor.

Bubbies Prepared Horseradish is used for the horseradish cream. Bubbies is one of our favorite brands, by far.

Bubbies makes the absolute best naturally fermented pickles. While they’re known for their pickles, they also make incredible sauerkraut and horseradish. In fact, they offer quite a few varieties of horseradish, including prepared, beet, and extra hot! Made with simple ingredients (horseradish, water, white vinegar, sugar, salt, and natural mustard oil), Bubbies prepared horseradish contains no preservatives and is gluten-free and OU Kosher certified.

How to Make Crostini for Steak Crostini

Make your own crostini at home instead of buying it. It’s so easy!

To make crostini, slice a baguette or similar loaf into 1/4″ thick slices. Lightly brush (or mist) extra virgin olive oil on each side of the sliced bread. Season with salt and pepper.

Then, bake the crostini in a 350° oven until golden and evenly crispy. Rub the crostini on both sides with a garlic clove while still warm (optional, but highly recommended!).

Homemade crostini make an excellent canvas for a variety of toppings, including bruschetta, bean spreads or hummus, olive tapenade, ricotta and cheeses, purees, and more! 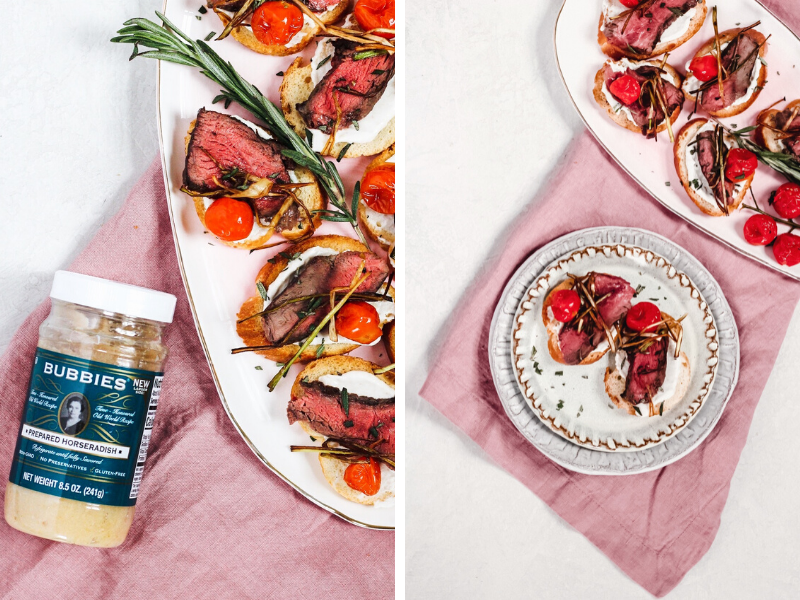 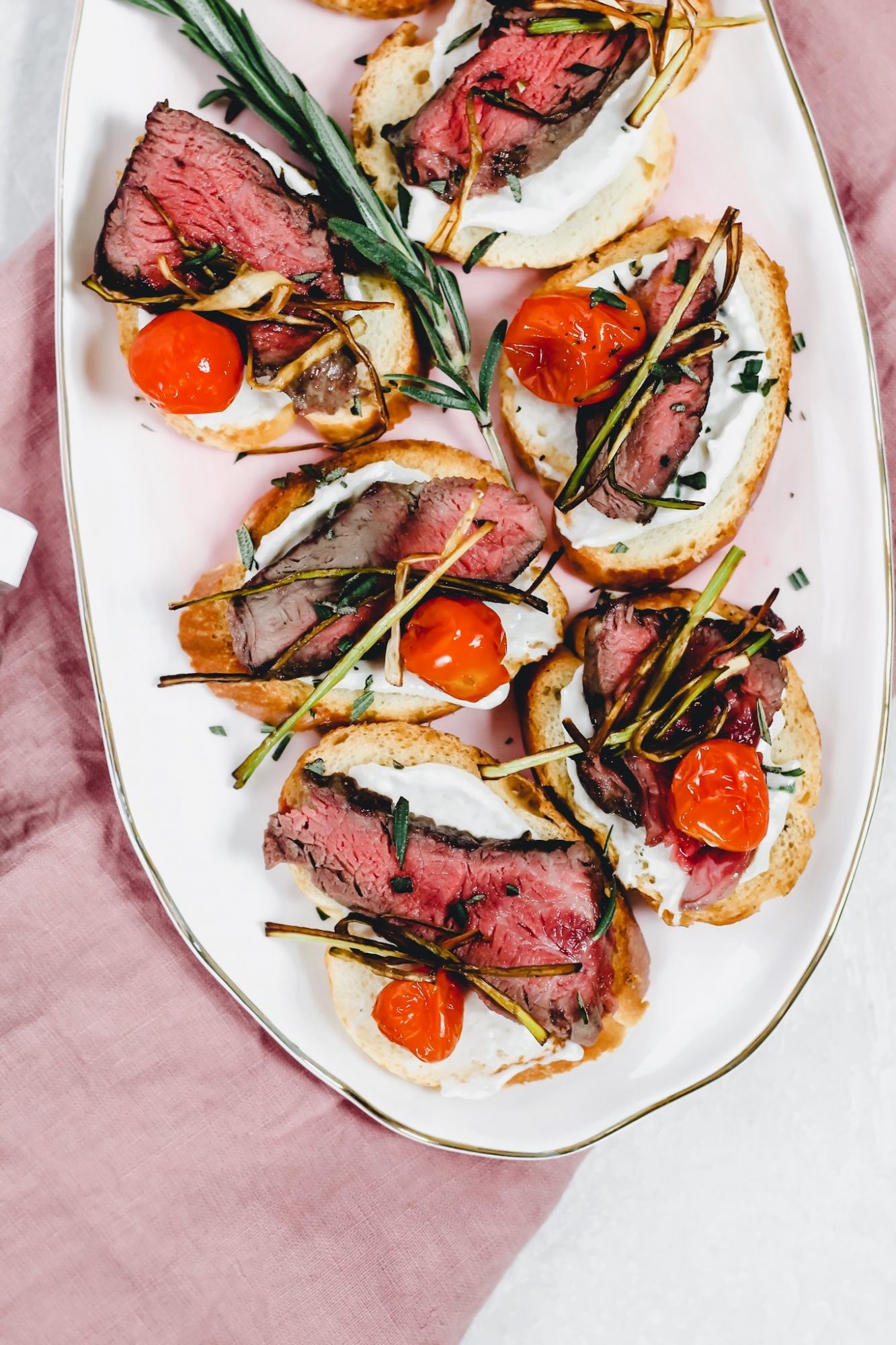 We hope you make and enjoy this Filet Mignon Steak Crostini! What are your favorite holiday appetizers? Let us know below. This post was brought to you in collaboration with Bubbies.

For the Horseradish Cream:

For the Roasted Tomatoes:

For the Crostini, Steak, and Frizzled Leeks:

To cook filet mignon, sear steaks in a hot cast iron skillet with olive oil for 2-3 minutes per side until a crust forms. Finish cooking in a 450° oven until desired temperature is reached, about 5-7 minutes for medium-rare. Always let your steak come to room temperature before cooking and rest 5-10 minutes after cooking before slicing.

Frizzled leeks can be prepared the day ahead and stored overnight at room temperature in a sealed container. However, they taste best when made the day of. 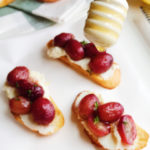 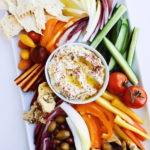 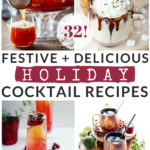 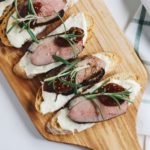 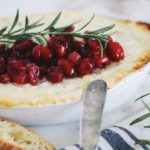 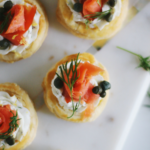